THE last Holden Commodore will soon roll off the Elizabeth line, signalling the end of an era. As the north’s economy prepares to transform, we speak to its people about the opportunities that lie ahead.

The brothers learnt their trade as teenagers in their parents’ butcher’s shop in Dublin, before

opening their own shop in Burton’s Springbank Plaza in 2010.

And they continue to have faith in region, and its people, with plans for an eighth shop in Gilles Plains.

“We grew up in the north and we know the area and the people really well,” Danny says.

“They are the most genuine people you can meet.” 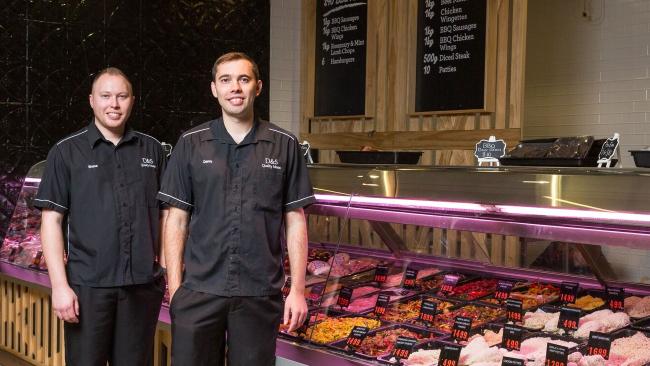 The car industry’s decline has coincided with their businesses taking off.

“When Holden announced it would shut, it was all doom and gloom in the north,” Danny says.

“We got a phone call from the Blakes Crossing Shopping Centre asking if we would be interested in opening a butcher shop in Blakeview.

“We didn’t really have plans of opening a second store, but signed up and started building.”

The pair have plans to open two more stores in South Australia before expanding their business overseas.

“There is so much happening in the north – I am really confident it is going to thrive,” Danny says.

In January 2014 – the month Holden announced it would stop building cars at Elizabeth – the northern suburbs recorded an unemployment rate of 9.1 per cent.

Latest figures for June, put the region’s jobless rate at 8 per cent, which still translates to about 17,500 people looking for work.

It is one of the country’s leading providers of structural steel for mining, infrastructure, shopping centres, schools and hotels.

Over the past 16 years, it has worked on projects including the new Royal Adelaide Hospital, Adelaide Oval, the Riverbank footbridge and Burnside Village.

Michael Mangos started the business in 2001 and now employs 178 staff.

He plans to increase his workforce to 300 people over the next two years. 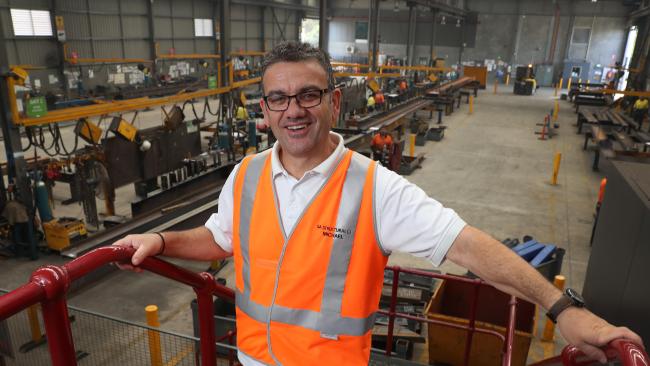 “I am all about making sure that our community is well looked after and that people are given opportunities to get into work,” Mr Mangos says.

“The north is a really strong base for business now, we just have to keep it there.

“Holden has been really important for the north and it will be a shame to lose it, but if they (automotive workers) can come work for us it would be great.

“We want to continue to be a leader and show that South Australians are world beaters.”

Chairman Kelvin Trimper is confident northern businesses will continue to thrive once Holden closes its doors.

“The north has over 1700 business which call the region their home,” Mr Trimper says.

“Despite the challenges that come with the closure of Holden and its impact on supply chains, we have got a lot of positives to look forward to.

Ali Kuchel, Stock Journal 13 February 2018 ADELAIDE’s Vietnamese farmers will soon be equipped with bilingual information sheets and videos to help their understanding about water consumption, thanks to a Community Natural Resource Management Action Grant. With […]

Jenny Paradiso, co-founder and Managing Director of the national solar company, Suntrix, will be our guest speaker – she is a much heralded entrepreneur and was most recently awarded 2016 Telstra Australian Business Woman Entrepreneur […]

September 25, 2017 Comments Off on Virginia vegetable growers are bouncing back from a $50 million flood hit last year

Renato Castello, The Advertiser August 28, 2017 11:05am EACH morning farmer Tu Thanh Truc walks row-by-row inspecting the health of almost 10,000 young cucumber plants on his Virginia property. If all goes to plan within […]