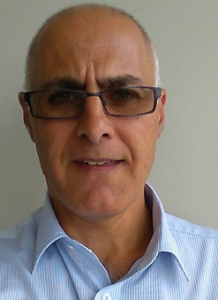 Vince Cosmai founded the company “Oneconstruct” in October 2016. It was a case of one door closing and another opening.

Vince was National Modular Manager for KJM, a company mainly involved in the turnkey delivery of accommodation camps in the remote mining regions throughout Australia. When the company closed its manufacturing operations in September 2016, there were still 2 major projects to deliver, and Vince saw the opportunity continue in deliver a service in his own right. Now based at 39 Cavan Road Gepps Cross, Oneconstruct received assistance through the State Government’s Small Business Development Fund as a new start-up and guidance in establishing the business from the economic development team at the City of Port Adelaide Enfield.

Vince has validated his belief that a cost-effective modern option for the housing and commercial/industrial markets has a widespread appeal.

“It is this kind of impact we aspire to have at a national level. From private clients requesting individual studio rooms, to builders, large developers, and even entire communities have expressed interest in modern, prefabricated modular manufacture.”

“Our focus from the beginning has been the design of highly efficient, cost-effective, idea-driven spaces and using effective innovation where practical. We manufacture to suit any domestic, commercial, and industrial requirement and deliver an architectural and engineered solution to appeal to even the most discerning of clientele. In our first year we received a nomination for the Australian Construction Industry Awards in the “Offsite Construction Product category” for our RAAF Cadet Relocation Building.”

“Constructing modular buildings in a warehouse manufacturing environment gives us the distinct advantage of controlling and completing a project within weeks, not months or even years, as we have no weather constraints. While we are busy manufacturing, all site works are prepared prior in readiness for delivery. This type of crossover and collaboration is the new way of business, where all professional and trade disciplines involved, plan and collaborate at the front end of a project.”

Having worked for 15 years in the modular building sector, Vince understands the competitive pressures from overseas and locally. “Innovation is the key to being competitive and this is built into our bespoke solutions.”

“We also face the misconception of reduced quality when compared with traditional methods. However, we use the same material composition and supply chains and our trade sub-contractors are the same licensed, fully accredited personnel that you find on in-situ on-site construction projects.”

With this vision Vince set about establishing the business and delivering on the first two major projects. The second project, as conveyed, the “RAAF Cadet Relocation Building (Project ID: 10568)” is the focus of this success story.

The project was completed in March 2017, only 13 weeks after the contract was signed.

The project required a full design and construct of an approximate 290 sqm build, including

This project is now nominated for “Off-site Construction Project of the Year” at the Australia Construction Awards to be held in Sydney in March 2018.

For Oneconstruct to receive this recognition with just it’s second project in it’s first year of operation is a truly remarkable achievement and testament to the level that every business can aspire to. We wish Vince and the Oneconstruct team the very best with their nomination and hope it translates into being further nominated as a finalist for the category or even better.

Vince is also an integral part of the Northern Economic Leaders innovation Working Group and active supporter of businesses in the Northern Region.